Sheldon “Red” Chaney opened a small hamburger diner soon after World War II. He couldn’t fit the whole word “Hamburger” on the vertical sign because of nearby utility wires. So he dropped the “E-R” and named his restaurant “Red’s Giant Hamburg.”

The restaurant became a legend of Route 66 and the Springfield area until it closed in 1984.

Area restauranteur, David Campbell, dreamed of re-opening Red’s someday. And in pursuit of that dream, he purchased the brand rights from Red’s widow, Julia Chaney, more than twenty years ago.

David Campbell and Greg Iott partnered together and began re-creating Red’s menu and designing the new restaurant to reflect that historic Route 66 vibe.

Stop by and experience a throwback to the sights, sounds, and tastes of historic Route 66. 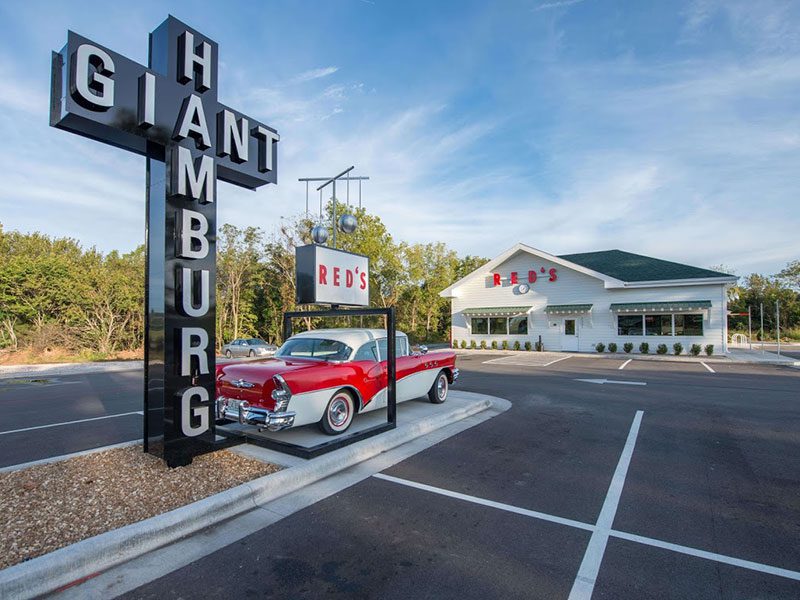